The MacArthur Museum of Arkansas Military History, in partnership with the Arkansas History Commission, will host a free workshop on researching military records on Saturday, August 16th from 10 a.m. to 12 p.m.  The museum is located at 503 E. 9th St. in downtown Little Rock’s MacArthur Park.

Most people today have family members who served in the military, from the Civil War, through World Wars I and II, to the present.  Participants of this workshop will learn where to begin their research on finding records that pertain to a family member’s military service.  With new technology and the internet, researching personal records has never been so easy.  However, these venues will not help if a person does not know where to go to begin the search.  This two hour workshop, conducted by Arkansas History Commission staff, will educate the public on resources available to research military records.
The MacArthur Museum of Arkansas Military History relates the military heritage of Arkansas and its citizens to a diverse and widespread audience. Located in the historic Arsenal Building in MacArthur Park – one of Central Arkansas's oldest surviving structures and the birthplace of one of this country's foremost military heroes – the museum collects, preserves, and interprets our state's rich military past from its territorial period to the present.
The Arkansas History Commission is one of the oldest existing state agencies in Arkansas. As the official state archives, created by the General Assembly in 1905, the Commission has a wealth of resources on the history of Arkansas from territorial days to the present. With select military records from every war from the 18th century to the mid-20th century, more than 4000 manuscript collections, and 3000 newspaper titles from 1819 to the present, the State Archives has the largest collection of Arkansas history material anywhere.
For more information, contact Rachel Miller at the MacArthur Museum of Arkansas Military History at (501) 376-4602, or by email at rmmiller@littlerock.org .  The Arkansas History Commission can be reached at (501) 682-6900, or by email at state.archives@arkansas.gov.
Posted by Arkansas State Archives at 9:09 AM

"This year, we and the rest of the world will be observing the centennial of the First World War.  As the United States mobilized for war in 1917, many Arkansans questioned why America should get involved in a conflict that seemed to only affect Europe.  One Arkansan, a student at Harvard University, wrote home to his skeptical father in McCrory, Arkansas, explaining the need for the United States to enter into the war.  'You must realize that the rights and liberties we now enjoy have corresponding duties,' he wrote.  'People before us died to protect those principles we believe in, and we must protect them.  You ran away from Russia to a free country, and were received openly and given a chance to live.  If it were not for the principles of democracy I would be in Siberia or the army instead of Harvard now.' Then appealing to him on a practical matter, he wrote, 'When ships are sunk it affects McCrory vitally.  Where do you think cotton goes to?  If Germany could blockade England, your cotton would sell for 4 cents a pound, and people in McCrory would starve instead of getting 20 cents.  What affects one concerns all, but war is not fought for money’s sake, because our rights are things inherent, and can’t be bought with money.'”

On Saturday, the MacArthur Museum of Arkansas Military History will be hosting their 2nd Annual Vintage Military Vehicle Show.  At 1:00, Brian Irby will be talking about Camp Pike and Arkansas during the First World War.  We hope everyone will come out and enjoy what promises to be a great event with a really interesting presentation! 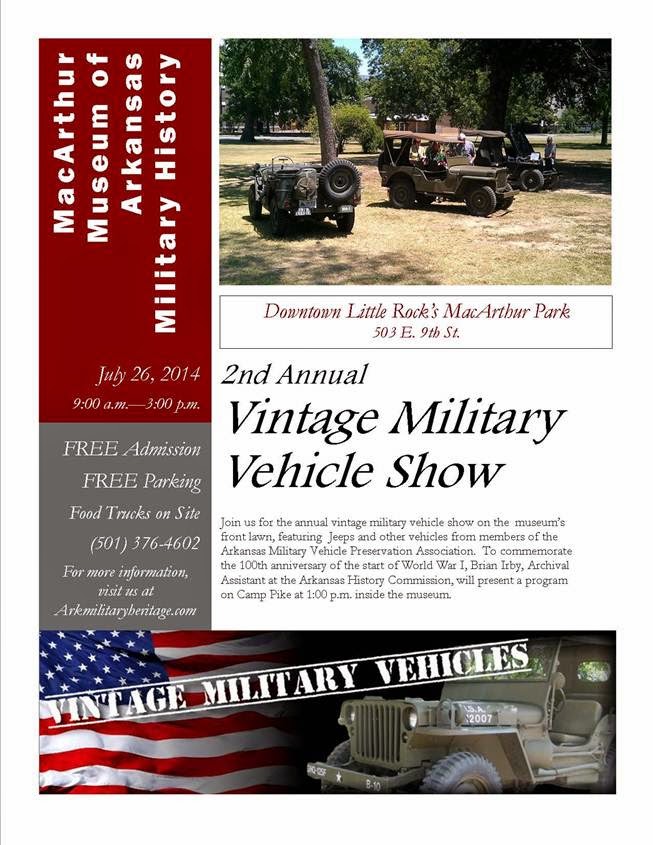 We wanted to share some pictures of some of the work we do behind the scenes.  In the below photographs, one of our archival assistants, Crystal Shurley, is processing the Steve Carrigan collection.  Carrigan was a well-known attorney in central Arkansas.  Crystal noted that some of the most interesting parts of the collection are several rare books, including "The Aftermath of the Civil War in Arkansas" by Governor Powell Clayton, "Birds of America" by John James Audubon and a book written by Clarence Darrow, perhaps best known for his role in the Scopes Monkey Trial. 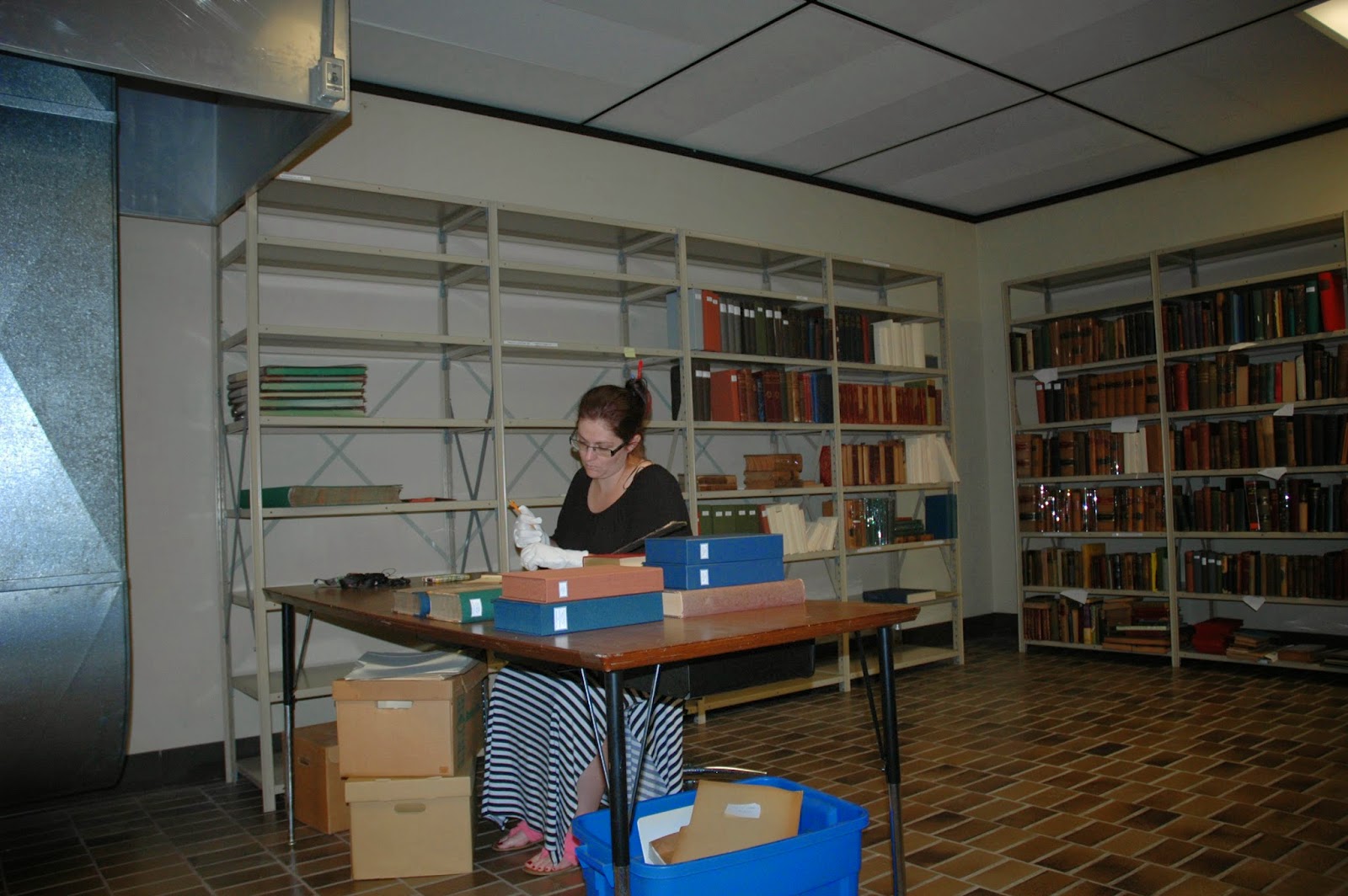 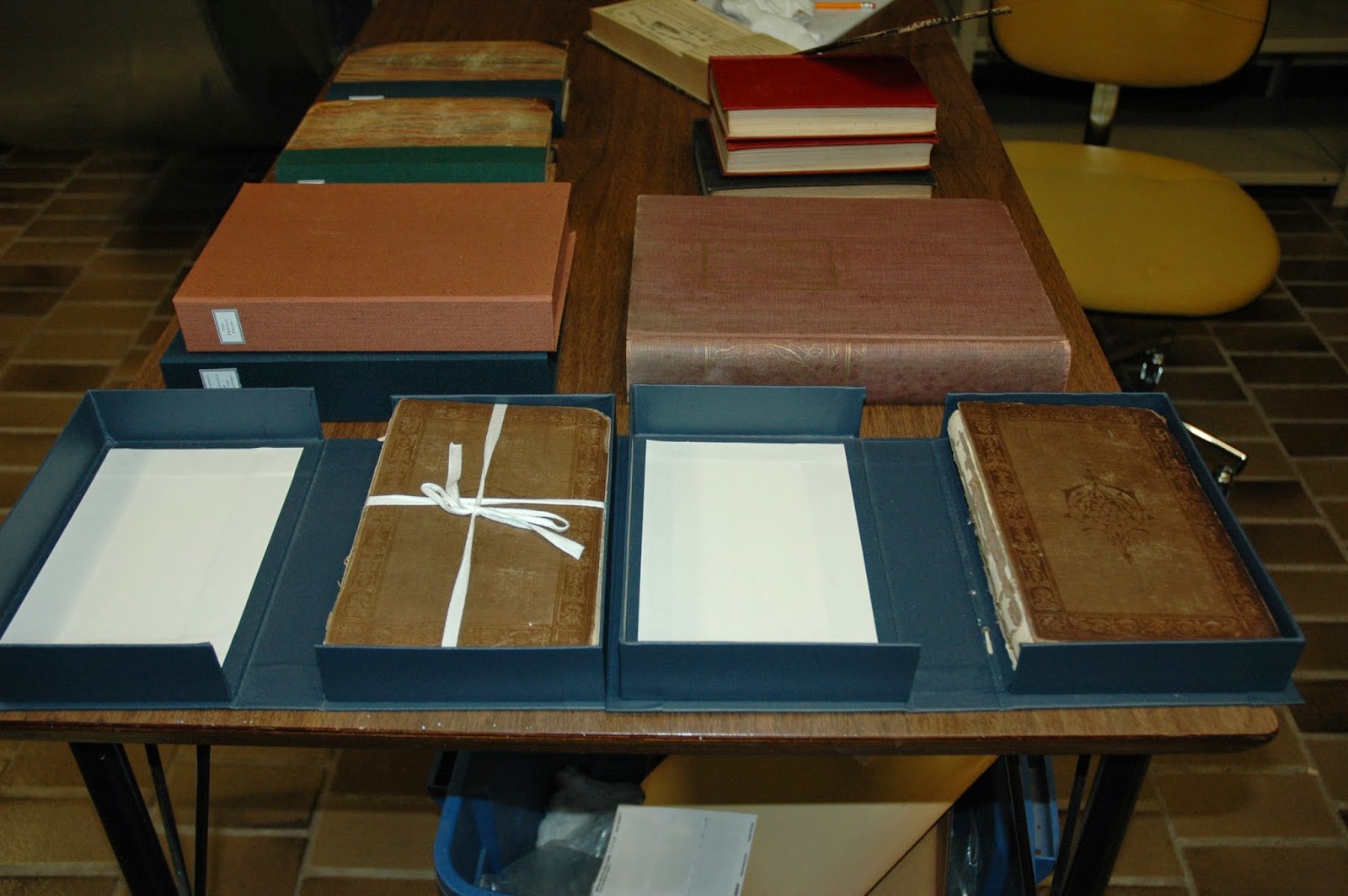 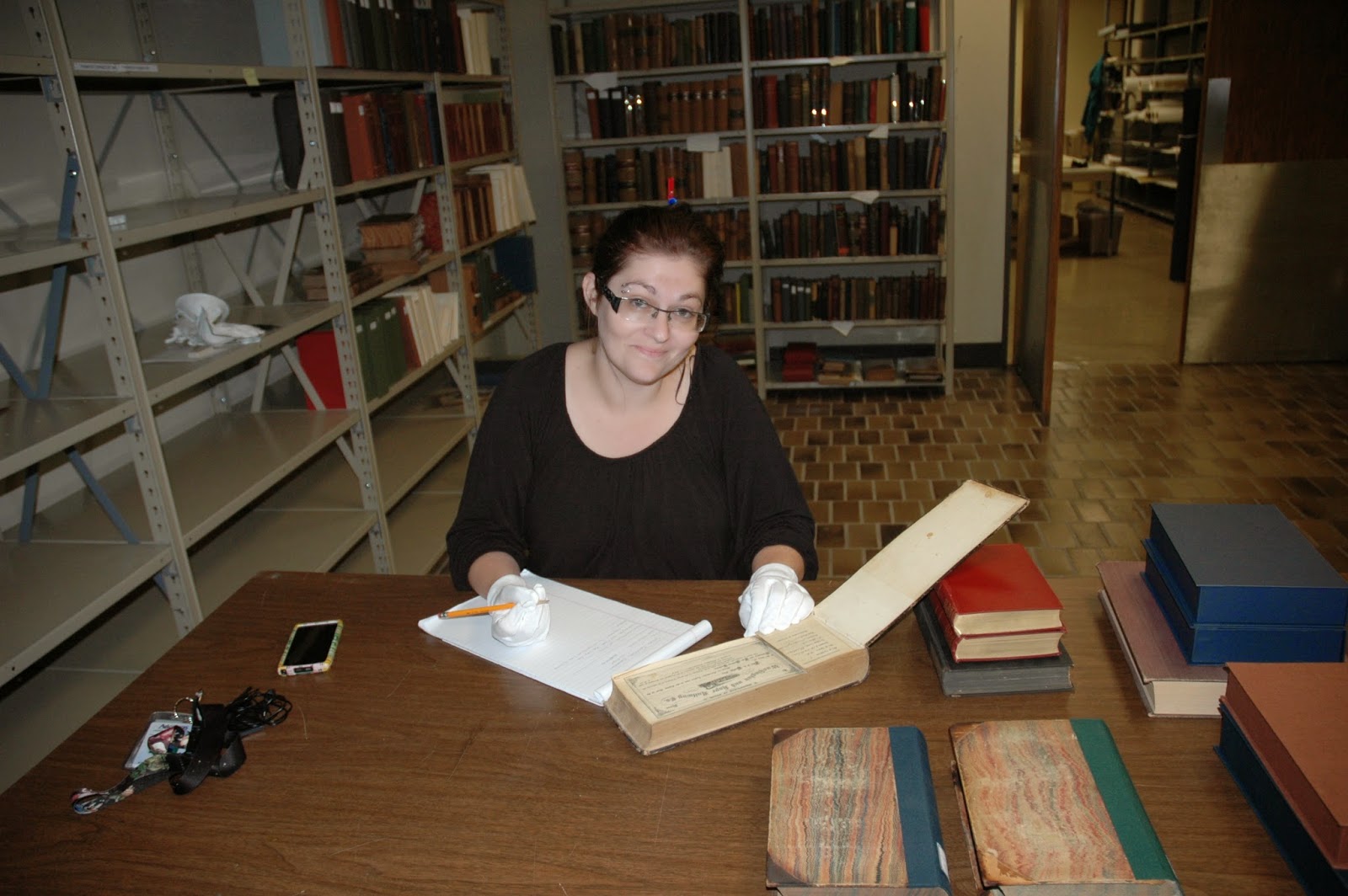 Posted by Arkansas State Archives at 8:48 AM

Our own Brian Irby will be speaking at two different events in July!

At 1:00, Saturday, July 26th, Brian will be talking about Camp Pike during World War I at MacArthur Military Museum's Vintage Military Vehicle Show.

He will also be speaking to the White County Historical Society at 7:00 p.m., Monday, July 28th at Harding Place in Searcy. The topic will be the 1912 Arkansas Senate race.
Posted by Arkansas State Archives at 10:22 AM

Newsletters, Online Collections and Acquisitions...Oh My!


Our newsletter, the Arkansas Archivist, is out for the month of July!  We're talking about our social media networks and the relaunch of our online digital archive, so be sure to check it out!

click here to read the newsletter:
The Arkansas Archivist


We've also added a new collection to our online digital archive - Arkansas Flags.  In 1912, the United States Navy commissioned the USS Arkansas battleship, for which the Pine Bluff Chapter of the Daughters of the American Revolution wanted to present a stand of colors. Surprised to find that there was no state flag for Arkansas, the Pine Bluff Chapter and the Arkansas Secretary of State office organized a contest for Arkansans to submit designs for the new flag.  The Secretary of State office received 65 entries, of which Willie K. Hocker’s design was the winner.  The AHC has 47 of the 65 potential state flags in our collection, digitized here for public use.

This is just the first 11 of those 47 flags, but keep checking back as we add more!


And we're sharing what we've recently acquired.  Below is a list of our acquisitions for the month of June:

Boom or Bust: Commerce and Development in Northeast Arkansas


Boom or Bust: Commerce and Development in Northeast Arkansas
July 8, 2014
Powhatan, Ark.  - The Arkansas History Commission and the Northeast Arkansas Regional Archives (NEARA) will be hosting the annual NEARA symposium on Saturday, August 2 from 10 a.m. until 2:45 p.m. at the Male and Female Academy at Powhatan Historic State Park, where the Northeast Arkansas Regional Archives is located.  The symposium’s theme, “Boom or Bust: Commerce and Development in Northeast Arkansas,” will feature  presenters, Dr. Lisa Perry, Brian Irby, Bryan Pierce, Anna Westman and Steven Saunders, who won this year’s NEARA research award.
Topics will include Dissecting Davidsonville: A Postmortem of Arkansas’s First 9 Blocks, Digging the Natural State: Mineral Extraction and Economic Development, Tales from the Archives: Creating Lesson Plans for Arkansas Educators and Struggles & Second Chances: The Development of Agriculture in Northeast Arkansas.
The seminar is free but registration is required. Check-in will begin at 9:15 a.m.  Lunch will be provided.  Teachers can earn up to four professional development hours through attendance.  Registration is limited and deadline for registration is July 28th, so be sure to make reservations soon.
The Arkansas History Commission, located in Little Rock, is the official state archives of Arkansas and maintains the largest collection of historical materials on Arkansas in the world. The Northeast Arkansas Regional Archives is a branch of the Arkansas History Commission and is dedicated to collecting and preserving primary source materials that represent the unique history, culture and heritage of northeast Arkansas.  Located at 11 Seventh Street in Powhatan, NEARA has been open since 2011.
For more information about the symposium or to register, contact April Goff at april.goff@arkansas.gov  or by phone at 501-682-6891.
Posted by Arkansas State Archives at 1:23 PM

Although we have a lot of records, unfortunately we don’t have birth or death records.  Arkansas wasn’t required by law to have birth or death records before 1914.  The Vital Records Department under the Department of Health has birth and death records for Arkansas after 1914, but we don’t.  However, we do have an index to death records after 1914 of names and dates of death.  We also have something called prior birth records.  Prior birth records are birth certificates or records for people born before 1914.  People born before that year could apply to receive what was essentially a delayed birth certificate.

2.  Do we have Civil War Union Army records?


3. Do we have records relating to Native Americans?

The Arkansas History Commission will be closed Friday, July 4 and Saturday, July 5 for the holiday.  We hope everyone has a safe and fun holiday weekend!!
Posted by Arkansas State Archives at 7:46 AM