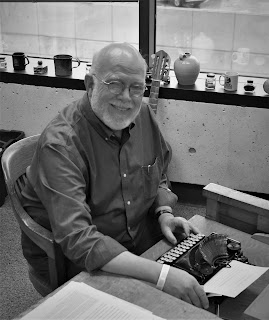 As I write this, November has just begun, and with it, we leave behind one observance associated with excess (leftover Hallowe’en treats, anyone?) and commence the run-up to another, Thanksgiving, with barely a stumble in between to mark Election Day. This year, Hallowe’en was far from the holiday that we have come to know over the decades: The combination of contagion, caution and communications technology wrought changes that left many (particularly those of us who bought too much trick-or-treat candy) pining for something like “the good old days.” The same will surely be true for the holiday to come. In the case of Thanksgiving, tradition would probably mean staging a huge dinner for family and friends, usually based on turkey with abundant trimmings, hearkening back in spirit, if not in specific ingredients (I’m looking at you, cranberry jelly!), to the harvest home dinners of centuries past.

Or, one might prefer to eat out. Hotels’ Thanksgiving dinner menus give a good idea of the caloric excess promised by the day over the decades. This one, shared in 1924 by the Knott family’s hotels of New York City, is fairly modest by the standards of the day but still gives off a warm glow of overload:

Lynnhaven Oysters on the half shell

Cream of Corn or Clear Consommé

The obvious downside (or attraction, according to one’s taste) of eating out on Thanksgiving, then or now, is that one would be spared the task of facing the leftovers … particularly, that endless supply of turkey. Happily enough, there were — and are — ways to work off the surplus bird. One is that staple of many a frugal Southern household, turkey hash. Many Arkansas church and civic group cookbooks contain variations on the theme of compounding chopped or ground cooked turkey with something to stretch it, something to bind it and something to give it savor. Turkey hash is not haute cuisine, but it certainly is comfort food, suitable for stomachs recovering from a day, or two, or three, of caloric excess. Here are a pair of such recipes, suitable for making the turkey disappear long before it is time to roast the Christmas goose:

Take 2 pints (4 cups) of cooked turkey breast, 1 pint (or a little less) of cold water, 1 cup of cream, 1 tablespoon butter, 1 dessert spoon flour, a dash of onion juice, plus pepper and salt. Cut or chop turkey in small blocks and put in saucepan with the water, onion juice, pepper and salt. Add a little more water if needed; cook about 20 minutes. Then add butter, cream and the flour made into a smooth paste with water; boil a few minutes. Serve on thin slices of hot toast or in a dish for breakfast or luncheon.

Elsewhere in the newsletter, readers will find the final installment of a fascinating and important article by Dr. Fatme Myuhtar-May, manager of the Northeast Arkansas Regional Archives in Powhatan. Sometimes, history may be pressed into serving as “comfort food” for the soul, but in this instance it has a sharp, uncomforting point. The article gets to the truth, or as much of it as can be ascertained, of a sordid episode of 1880s Arkansas history, the lynching of an accused rapist. The story of the lynching itself is horrible but would not be unique, if not for a twist of its retelling. Within a few years after the event, the press and popular memory performed a feat of racial reassignment: The accused man had been white, but within months after his lynching was referred to as a Black man, contrary to the facts in the case but in accord with racial and cultural stereotyping of the day. It may be too late to render justice to the lynched man, but Myuhtar-May’s scholarship uses solid archival research and scholarship to refute this instance of deliberate racial mischaracterization. She tells a tale that is far from comforting, but one that is worth reading, and remembering.