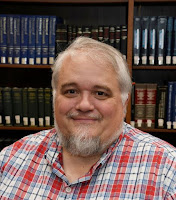 Our last Pen to Podium lecture for the year will look back on a women's strike that happened 101 years ago! The event is free.

Come hear Ben Boulden, a Fort Smith native, present material from his book, “Hidden History of Fort Smith, Arkansas,” from 6:30 p.m. to 8 p.m. Tuesday, Nov. 13 in the Diamond Conference Room at the Department of Arkansas Heritage at 1100 North St. in Little Rock. The presentation is part of the Arkansas Historical Writers’ Lecture Series.


The Friends of the Arkansas State Archives will host a reception in the lobby before Boulden’s lecture.

Boulden’s book delves into life in Fort Smith during the days of American westward expansion. For his lecture, he plans to present information about a strike by women telephone operators on Nov. 13, 1917. The strike spurred a general strike, ended up ousting the mayor and indirectly led to women in Arkansas being allowed to vote before the federal government gave women the right to vote.

Dymple Johnson, a dental hygienist in Fort Smith, became the first woman in the South to vote in a public election. She cast her ballot in a primary election for the mayoral position.

This event keeps history alive and has contemporary value for Arkansans who want to understand the world around them, Boulden said.

Boulden, who is a historian, university lecturer, author and former journalist, is an expert on Fort Smith history. He wrote a historical column for the Southwest Times Record, the daily newspaper.

Boulden earned a bachelor’s degree in history from the University of Missouri in 1986 and a master’s degree in history from the University of Arkansas in 1992. He has taught courses in Arkansas history and American history in the Gilded Age. He served as vice president of the Fort Smith Historical Society, worked on the society’s journal and created fortsmithhistory.org, the society’s website. He also served four years on the board of Fort Smith Museum of History, and he was board president.