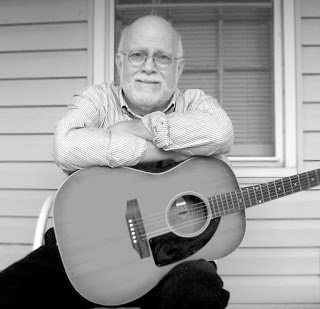 Iowa-born and Massachusetts-based Patty Larkin is one of my favorite singer-songwriters. This afternoon, one of her songs from some twenty-five years ago is running through my head, just a step away from full high fidelity. It’s titled “he Book I’m Not Reading” and it runs down all of the potentials, the things possible, that she knows that she’s missing. The refrain is a wry cry for help:

oh I need someone to read me stories

oh someone to turn the page

oh the endless quest for love and glory

oh does not fade away with age

I confess; I know the feeling.

I am writing this note in what I would call “shoulder season”—that is, a zone of transition between two things, in this case big, important things. February, which we’re exiting (always seeming to do this a little before time), has been Black History Month, and we are either sliding or floating (depending on how much rain we get) into March, observed nationwide as Women’s History Month. For some days I have been trying to write about one, or the other—"the essay I’m not writing,” anyone?—with little success. Finally, last night, I figured out why I’ve felt stalled, high-centered: the two observances belong together. Each can stand alone, but they complement one another.

Of the two observances, Black History Month has the longer--pardon me—history. Its most prominent parent was the historian Carter G. Woodson, a man of many parts. Woodson made his way as a miner in in the West Virginia coal fields and started high school at the age of 20. He made up for this late start: he received his Bachelor of Literature degree from Berea College, Kentucky, worked and traveled in Asia and Europe and studied at the famed Sorbonne of Paris. In 1908, he received his M.A. from the University of Chicago, and in 1912, he received his Ph.D. in history from Harvard University. Wow.

In 1915, Woodson traveled to Chicago, to participate in a national celebration of the fiftieth anniversary of emancipation sponsored by the state of Illinois. Inspired by the three-week event, Woodson decided to form an organization to promote study of black life and history before leaving town. On September 9 of that year, Woodson and four associates met at a local YMCA to form the Association for the Study of Negro Life and History (ASNLH). The Association would encourage, promote and publish the work of African American scholars, while urging Black civic organizations to promote the stories unearthed by the researchers.

In 1925, Woodson announced a bold plan to create and popularize knowledge about the Black past. He sent out a press release announcing Negro History Week, the first of which would be held in in February 1926. Why February? Woodson tied the week to the birthdates of two American icons: Abraham Lincoln, on the 12th, and Frederick Douglass, on the 14th, both days often celebrated in African American  communities around the nation. Woodson built on these existing foundations, inviting the public to extend their study of Black history, increasing chances of acceptance for the new observance.

Woodson’s calculation was apt: response was widespread and positive. Over the next decades the movement grew, far faster than Woodson or the ASNLH (still alive and well, today known as the Association for the Study of African American Life and History) anticipated. In 1976, fifty years after the first celebration, the Association used its influence to promote the transition from a week’s event to a month-long affair, and a change of m=nomenclature, from “Negro History” to “Black History.” Since the mid-1970s, every American president, Democrat and Republican, has issued proclamations endorsing the Association’s annual theme.

What this doesn’t explain is how the Congress got to this point of action. The answer comes from the far West: In 1978, noting that women’s history was virtually absent in the K-12 curriculum, the Education Task Force of the Sonoma County (California) Commission on the Status of Women initiated a Women’s History Week celebration for 1978. The week around March 8, International Women’s Day, was chosen for the observance, and dozens of schools planned special programs for Women’s History Week. The grand finale was a parade and program held in the center of downtown Santa Rosa, California. The idea spread and in 1980,  President Jimmy Carter issued the first presidential proclamation declaring the week of March 8 as National Women’s History Week. From there, it was “on to Congress”—where in 1981 Democratic Representative Barbara Mikulski and Republican Senator Orrin Hatch championed the joint resolution that became P.L. 97-28.

Since 1995, presidents have issued a series of annual proclamations designating the month of March as Women’s History Month. These proclamations celebrate the contributions women have made to the United States and recognize the specific achievements women have made over the course of American history in a variety of fields and more generally celebrate women’s role in the shaping of this nation.
Like the story of Black History Month, this story is much bigger than can be told here.  It is less easy to discern a single “parent“ for Women’s History Month, but I have read that the group that planned that first observance in Santa Rosa included a librarian (full disclosure: I am married to a librarian. I tend to look for stories featuring fierce librarians. They’re out there. Fierce archivists, too.) It started small but, like Carter Woodson’s 1925 vision, it was an idea that found its time and way.
***
It is too easy, particularly in these "covidian" days, to let such observances blend into each other, or even to disappear. During this past year, life and death matters may have distracted many of us from celebrating, or even doing more than minimally acknowledging, these months of recognition. To some, they may even seem to make points so obvious that no one could ignore or object to.
But to suggest that these commemorations are no longer needed is, I think, naïve. Even the most basic self-evident truths need repeating, both to catch the ear of new audiences and to remind those who have heard them before both of what they know, and of what they should do. A truth heard often can become a truisim but that does not make it less true, or less necessary. February reminds us that African American history--which is part of the warp of the fabric of our larger national story--matters. The same is true for the month before us: the history of this nation is made of the stories of its whole population, examined, comprehended and cherished in the whole and in its several parts. Months or days honoring particular parts of the society can stand on their own, but the calendar reminds us that they butt up against one another, overlapping, supporting their neighbors, making happy noise but not obscuring what each honors.
It is “meet and just” that these two months should be close neighbors; the proximity of the two observations is particularly appropriate. Supporting this notion, I appeal to the authority of activist, author, orator and civil servant Frederick Douglass:
"When the true history of the antislavery cause shall be written, women will occupy a large space in its pages, for the cause of the slave has been peculiarly woman's cause....Observing woman's agency, devotion and efficiency in pleading the cause of the slave, gratitude for this high service early moved me to give favorable attention to the subject of what is called "woman's rights" and caused me to be denominated a woman's rights man. I am glad to say I have never been ashamed to be thus designated."      --The Life and Times of Frederick Douglass, 1881
Posted by Arkansas State Archives at 11:44 AM