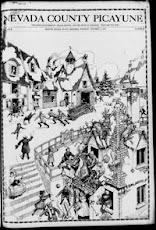 A project that has put more than 158,000 historical, Arkansas newspaper pages online for the past two years is continuing with a third request for more pages underway.

“This grant will allow us to give the public greater access to historical newspapers,” said Dr. David Ware, state historian and director of the Arkansas State Archives.

The Archives was awarded a $250,522 grant for a two-year cycle of 2019-2021. Staff have applied for a third cycle of funding. So far this year, more than 58,000 newspaper pages have been preserved and added to the Chronicling America website.

The grant makes it possible for the Archives to be part of the National Digital Newspaper Program, which is a joint effort by NEH and the Library of Congress. The program is building a national digital resource of historically significant newspapers that were published between 1690 and 1963.

Having free access to those newspapers will help expand people’s ability to use them for research and help educators have access to primary source material for the classroom. Currently, the program is being overseen by Archivist Katie Adkins.

The grant is for a second cycle for 2019-2021 and a continuation of the first NEH grant, which the Archives was originally awarded in 2017. The second cycle grant award, similar in amount to the first, has the same goal of digitizing around 100,000 newspaper pages by the end of August 2021. Since the project began, Archives has digitized 58 unique newspaper titles, totaling more than 158,000 pages. The digitized papers can be found on Chronicling America, which is the program’s free, open-source website.

The Newspapers Program is a long-term effort to develop an internet-based, searchable database of U.S. newspapers. Institutions from across the country are participating in the project. To continue to receive the grant, agencies must reapply.

The process to digitize the newspaper currently operates in the same way as the previous grant cycle. In the first two grant cycles, the Archives partnered with  the Mississippi Department of Archives and History to help with technical aspects of the production process. Apex CoVantage was selected as the digitization vendor for the first two cycles and is responsible for duplicating original microfilm reels. The duplicates are housed in the LC vault in D.C. Apex also is responsible for digitizing the microfilm data so that, for each page of a newspaper, there are high resolution images that can be searched.

Takeaways from the project: