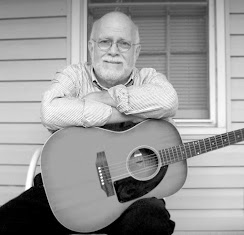 One of the perks associated with my job is that of serving on the board facilitating placement of historical signs and markers. The board has the duty and honor of reviewing the texts prepared for those distinctive silver-on-black, cast-metal markers that one sees all over the state, in places prominent and obscure; each of them proclaims for passersby that something of significance happened at or near that spot.

The texts are prepared from materials submitted by advocates for the individual markers, usually interested local citizens who do not want their communities’ heritage to go unnoticed. The texts must be brief — less than 250 words, to be distributed across both sides of the marker — and at the same time convey both “X” amount of accurate historical information AND a sense of the reason for the marker’s placement. In short, these markers must perform the work of good historical interpretation — telling out the “who, what, when, where” and, crucially, why it mattered then and matters now.

It occurred to me the other day that much the same thing can be said for holidays, particularly those associated with historic events. What put me in mind of this was a Facebook post from a friend, the Rev. Richard Goodman, a Presbyterian minister who serves a flock in Blackstone, Virginia. Richard is a fine guitarist with a good “gospel baritone” voice to boot; his post was a video encouraging all comers to attend Blackstone’s Juneteenth celebration — to be held on the last Saturday in May. Richard concluded his message with a strong performance of “Ain’t Going to Let Nobody Turn Me Around,” a Civil Rights-era marching song based on a gospel hymn of more than a century ago.

I enjoyed Richard’s post — I look forward to the next time we can trade a tune or two in person — and it reminded me of the power of the idea of Juneteenth. Across the nation, over the past decade or two, Juneteenth (observed on June 19 in some places, while others, like Arkansas, designate a particular day whose date changes with the shifting calendar) has acquired status as a day on which to remember the spread of the idea of the end of chattel slavery in this land. It marks the date on which, in 1865, enslaved workers in south Texas finally received the word that they were free and had been — in legal fact, if not practical status — for nearly two-and-one-half years.

It makes sense for my friend to celebrate Juneteenth in May, since one might expect the good word to have spread sooner to Virginia than to the outlands of Texas or even Arkansas. Last year in this space, I noted enslaved laborers working on a Hempstead County plantation did not learn until June 4 of 1865 that they were legally free. Since 2005, the third Saturday in June has been officially styled “Juneteenth Independence Day” in Arkansas. This year it falls on June 19.

Juneteenth often falls on a different dates (Next year, Juneteenth will be on June 18 and in 2024, June 15), but what the day marks will never change: the sweeping spread of the tide of freedom; a righteous ripple set in motion by the Emancipation Proclamation and what preceded it; the work of abolitionists, Black and white alike, men and women, who saw slavery for what it was — evil — and what it must become: extinct.

We erect historical markers so we and those who are yet to come will remember important things — and will pass them along. Those who ignore these markers forego both the pleasure of a moment and an opportunity to celebrate, to live and to learn. Juneteenth is a day, a marker and, like the Rev. Richard’s singing, a powerful, interpretive instrument. Don’t pass this marker by.

I would be remiss if I did not mention — and shamelessly plug — the upcoming Juneteenth programming hosted by our sister agency, the Mosaic Templars Cultural Center. This year’s observance, because of the oft-cited “abundance of caution,” will be virtual, but it will be well worth sampling. Events will be livestreamed to the MTCC Facebook page June 16-19, with a grand finale dedicated to music June 19.

With a little luck, this year’s virtual celebration will give way to something in-person next year, but for now, I hope that you will join me in taking part in this event from the comfort of your home, office or wherever your Internet connection is strong!