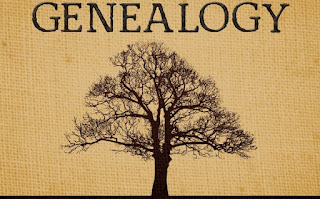 A question the State Archives staff faces often is, “Is it possible I can find out what my ancestor was like? What did they feel and dream?” My answer to this query is, “Yes, it’s possible—particularly if they kept a diary or journal.”

I’ll bet that you’re thinking, “Aren’t diaries and journals are the same thing?” Well, yes and no.  Technically, diaries are a record of personal feelings and journals focus on activities and events. Commonly, people use these terms interchangeably. So, why is this important to define?  It will help, when doing research, to understand the difference in what information these documents can provide.

Diaries and journals held by archives and libraries in the United States date as far back as the colonial period. Most of these personal narratives, particularly the earliest ones, tended to be journals that recorded farming, financial, and/or weather details. It was not until the 1700’s that girl’s and women’s diaries began to emerge; they remained rare even though statistics from the Foundation for Economic Education show that 80 percent of men and 50 percent of women in New England by 1776 could read and write.[1] In the South, literacy rates for both genders were somewhat lower but rose over time: by the mid-Nineteenth century, female diarists were common in both North and South. Their style tended to be more personal than reportorial (that is, recording inner thoughts, activities, personal feelings, and documenting relationships with others).  After the Civil War, diaries and journals became more common among adolescents and young adults; Both males and females kept such personal records, but over time a pattern emerged of diary-keeping being more associated with women: after  1910, females became the primary creators of these documents.

Many state historical societies, libraries, and archives hold multiple diaries and journals as part of their collections. The Arkansas State Archives is lucky to hold several such. The majority are Civil War related, but not all; the ASA’s diary and journal holdings also illuminate unexpected, fascinating corners of the state’s postbellum story.

One of the more interesting diaries held at the ASA is that of Cynthia Ann Ward who, like many other women who lived through the Civil War, faced hardships and challenges unimagined before the years of conflict.  We do not know much about her life before or during the war. Ward began a diary on January 1, 1865 and we know that she continued keeping it for the next two years, at least until January 7, 1867. The document gives readers a vivid sense of what one eastern Arkansas woman experienced in the closing days of the war and in her post-war struggle to reclaim her property. In her January 12, 1865 entry, Ward for the first time discussed local military activity and her fear of Federal soldiers.  She wrote, “... ten deserters from Hood’s army came by here and caused the boys to stampede they thought them Fed’s.”  In another entry, she mentions her eldest son, 16-year-old Louis Montgomery, who had joined his uncle’s (unidentified) Confederate unit.  In her January 17 entry, Ward revealed the anxiety she felt for her son: “…I am getting very uneasy about Louis, fear the Yankee’s may capture him.”  Later, on January 20, she noted that “Henry and I came home Louis and Mr. Berry back safe.”

At the archives, one can also sample the diaries written by Ella Maria Flint Hamblen Cole.  The daughter of Col. Samuel Hamblen (the second Superintendent of the Hot Springs Reservation) and Maria Florilla Flint Hamblen, she grew up in Hot Springs and later attended Little Rock University (an institution associated with the Methodist Episcopal denomination), where she met her husband Charles Finley Cole.  After marriage the couple moved to Batesville, Arkansas where they raised their five children.  Ella Cole’s diaries begin in 1886 and end in 1952, giving us a rare 66-year window into one individual’s life, experiencing the best that life offered, as well as the worst. On June 17th, 1890, Ella described how she and her siblings celebrated her mother’s birthday:

Mama’s birthday, spent all the day up at the Reading Room … went downtown and bought a quarter of a yard of ribbon to put on a pallet I had painted for Mama... Besides what I gave Mama an earth ware bowl and a teaspoon holder, Papa gave her his pipe and promised he would not smoke anymore.  Stany gave her two crash towels and Sam gave her $15.00.”

However, through all the joys she expressed over the years with her marriage and birth of her children, the entry that may touch the reader the most is one for February 20, 1945.  Ella’s oldest daughter had been fighting a severe kidney infection and nothing seemed to be helping.  On that day, Ella knew her daughter had taken a turn for the worse:

Karia was extremely restless, from bed to chair and back again. George [George Reazin, Karia’s husband] was with her constantly and did all he could for her. After midnight and a talk with the Dr. George made arrangements for an ambulance to take Karia back to Presbyterian Hospital.  As she was on the stretcher and the attendants were raising her to leave, I kissed her and she said, “Mama, will you stay and take care of things for me?” I promised of course, little suspecting it was my last words to her.

Karia Cole Reazin would pass away the following day.

The Archives also preserves the diary of Ella’s husband, Charles Finley Cole during the time they were courting.  Charles born in 1871 in Wyandotte County, Ohio and moved to White County, Arkansas in the early 1880s.  His diary started in 1892 and ended in 1897. During this period, Cole faced his own share of adversity, including the loss of a leg because of a train accident.  Entries from March 1894 suggest some difficulties in adjusting to a new prosthetic leg:

March 3, 1894, Leg came today. Put it right on. Have been walking nearly ever since.  Went to Land Office and saw Laws. Also took a boat ride. Leg fit well. Think and hope I’ll like it. Estimated distance walked 1 ½ mi…March 5, 1894, … Leg hurting. Put on my old one to go to town with. Sorry it does not fit. Surely, have my share of troubles…

The diary also preserves evidence of his inner conflict over making the hard choice of becoming a lawyer or minister. Cole finally made his choice in June of 1894.: “May 30, 1894, … Received letter from Dr. Curl asking me to take charge of the [Methodist Episcopal Church] Stuttgart circuit. … June 1, 1894, Replied to Dr. Curl[2] saying cannot consistently accept charge and returned [Methodist Episcopal Church ministers] license…”

Ultimately, genealogy and family research is a process of searching records to find information. Keep in mind that even if you cannot find a diary/journal for your own ancestor, one from the area in which they lived can be helpful in making connections and give you information about their neighborhood and society; you may even find your ancestor mentioned! So, the next time you encounter a diary or journal originating in a time and place where your family lived, take a little while to sample it: you may find mention of your family or, just maybe, you may find some new relations!

[2] Dr. Curl was a Methodist Episcopal minister and president of Little Rock University.