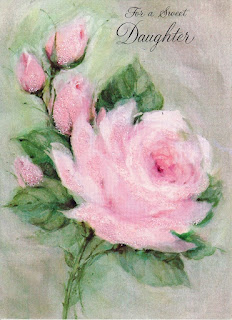 NEARA recently acquired a new collection of letters, postcards, and personal papers belonging to Agnes Johnson (1903-2001) of Piggott, Arkansas. The collection was formally donated by Agnes’s great-granddaughter, Bess Wilhelms, but it was her grandchildren Allen Waldo and Lisa Waldo Wilhelms, who preserved it after Agnes’s death in 2001.

Agnes was born in November 1903 in Stoddard County near Bloomfield, Missouri, to Dr. John Bess and his wife Josie Lettie Bess. The Bess family moved to Piggott in 1918, when Agnes was 15 years old and her father set up a veterinary practice in town. Agnes lived in Piggott for over seventy years, where she went to school, got married and raised a daughter. It was in Piggott that Agnes wrote and received the letters and postcards, now in the collections of the Northeast Arkansas State Archives. She addressed most of them to her only child, Carolyn Bess Waldo and, later, to her grandchildren Allen and Lisa Waldo of Missouri, as well as to her siblings. In them she touched on daily life in Piggott and the love she had for her family.

In 1924, at the age of 21, Agnes married Louis Johnson of Piggott; the couple celebrated their 50th wedding anniversary in 1974. According to granddaughter Lisa Wilhelms, Agnes grew up on a dirt road across the street from Louis, “who eventually would become the love of her life.” Agnes often told her family the story of how she and Louis “used to throw a ball across the road and play catch with each other as children.” “Papaw,” according to Allen Waldo, “was a bricklayer and … [h]e was involved in many of the brick buildings in and around Piggott.”

Agnes was gainfully employed outside the home for most of her adult life, too. For over forty years, she worked in three historically significant department stores in Piggott: Tucker's Grand Leader, Wall’s Department Store, and Janes’ Department Store. Some of Agnes’s letters contain small samples of fabric, likely from textiles sold in these stores, which she showed to her family members in case they wanted a dress or a quit made from it. According to Lisa’s memories, “she loved working with people and doing for others,” so her department-store career fit well with her personality.

Agnes also loved quilting and sewing. “Her talent with the sewing machine was quite impressive,” Lisa recalled. “I still have a tub of dresses that I wore as a child that she designed, developed the patterns, and created for me. Each dress was beautifully tailored and finished.” Apparently, Agnes also designed and sewed her daughter Carolyn’s wedding dress.  With her sisters, she “created quilts and afghans from any scrap of material she could find,” with many of the quilts being “hand sewn and quilted.” Agnes lived through the Great Depression, so she learned to make use of anything and everything, producing things both beautiful and useful. “I was always amazed at what she could design and create with small scraps of fabric, wood, and yarn,” Lisa said. “Every year for Easter, my brother and I would have beautiful new clothes upon our arrival [in Piggott from St. Louis] for the holiday.”

Lisa inherited and preserved many of the quilts her grandmother Agnes made. When Bess Wilhelms – Lisa’s daughter – first contacted NEARA about donating her great-grandmother’s correspondence, she also asked if we might be interested in her impressive collection of quits. NEARA is primarily an archive but we put Ms. Wilhelms in touch with a sister agency, the Historic Arkansas Museum in Little Rock. Currently, Lisa Waldo Wilhelms, her brother Allen, and her daughter Bess are in contact with museum staff about donating some of Agnes’s quilt work.

Agnes retired in 1969. It was in her retirement years that her letter-writing burgeoned. Granddaughter Lisa remembers:

She was devoted to her husband and loved her family, as you can tell from the number of letters included in the collection. I remember her sitting at her desk sometimes in the evening writing letters to relatives. When my mother [Carolyn] … moved “far away” to St. Louis, I think, the letters between them were even more important to her [Agnes], given the high cost of a long-distance telephone call.

For nearly five decades, Agnes sent and received hundreds of letters and postcards. Many of them are now part of the Agnes Johnson Papers, preserved at NEARA. A finding aid for the collection will be available on the Arkansas State Archives’ website in the near future.

Posted by Arkansas State Archives at 11:27 AM