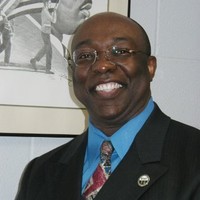 “The commission is important because history, heritage and culture must be protected and preserved, but more importantly, it must be used as education to assist those who don’t have an understanding of African American history and culture,” Hargrove said. “I want to be a continuous part of that effort.”

The commission seeks to collect materials on Arkansas’s black history and its history-makers to raise awareness of the contributions and impact of black Arkansans on the state’s history. The commission also is charged with promoting teaching black history in schools statewide.

Members are appointed by the governor and are: Hargrove, of Alexander; Patricia Johnson, of Pocahontas; Rev. Frank H. Stewart, of Conway; Elise Hampton, of Conway; Myron Jackson, of Little Rock, Dr. Cherrise Jones Branch, of Jonesboro; and Carla Hines Coleman, of Little Rock.

Hargrove is a tenure-track, associate professor of Spanish at Philander Smith College, where he has been employed in various roles since 1999. He is the author of “The Best Poetry in America,” published in 2010, and “Closing the Achievement Gap in America: A National Imperative for A Super Man, A Super Woman and A Superintendent,” a 2011 publication that discusses how best to help students in minority groups achieve equal academic success.  Hargrove also wrote “The Legacy of Celia Adams,” a book published in 2014 that focuses on the lasting legacy of slavery and its effect on his family and others.

Hargrove earned his bachelor’s degree in 1975, master’s degree in 1977 and PhD in 1983. He taught sixth and eighth graders Spanish in 1998 and 1999. Before that, he was dean of African American Students and director of the Dr. Martin Luther King Jr. Student Center at the University of Arizona from 1989 to 1997. Hargrove also has served as chairman of the Teacher Education Committee and as the teacher licensure officer at Philander Smith College.

Hargrove served 11 years on the state education department’s Arkansas Commission on Closing the Academic Achievement Gap from 2004 to 2015.

The commission will meet next at noon Thursday, Nov. 8, at the Arkansas State Archives at 1 Capitol Mall in Little Rock. The meeting is open to the public.

Posted by Arkansas State Archives at 9:42 AM